Finger Patterns the ABC's of Math 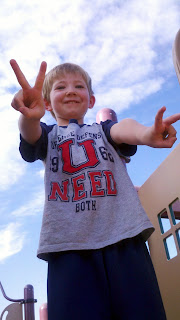 The ABC's of Math
Reading is everywhere. We read to our children, sing the ABC's and help them write their name. What about math? How do we get our kids ready for math in school?
Finger patterns are the ABC's of math. Finger patterns help young children count and link quantity to numbers while building an awareness to and confidence with numbers.
Try This: Finger Patterns from 1 to 5
1. Get little hands ready for "Fire Away" with all fingers inside.
2. Say, "Fire Away one." and have your child release their first finger or their pointer finger.
3. Continue with "Fire Away" for all fingers ending with the thumb for five.
4. Do on both the left hand and right hand, firing away to five on each hand.
5. Play this often.
Posted by Kellie Merrill at 10:44 AM No comments:

The Fire is back and Sticky dots

Fire Away with Finger Patterns: The Fire is Back

Fire Away with Finger Patterns has been on a hiatus due to the new little counter in our family. My seven-month-old son is getting all the benefits of being raised with two older brothers that have solid number sense. They count to him all the time, with tickle games, counting his toes, fingers and counting out his cereal puffs. I really had no idea counting and talking about numbers would have such a positive impact on my own kids.

Thank you for all the great feedback with the finger pattern playing cards. I have really enjoyed going to conferences and talking to educators about ArithmaKids. I will be sharing ideas that teachers and parents have had for using the playing cards and the jumbo cards. 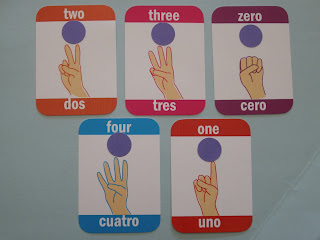 My friend and colleague, Megan, had a great idea and modified the cards with a sticky dot. She placed a sticky dot over the numeral so her student could focus on just the finger pattern. She wanted him to become fluent with his finger patterns before moving on to linking his patterns to the symbolic representation for the pattern. Thank you for the great idea Megan!
Posted by Kellie Merrill at 9:17 AM No comments: 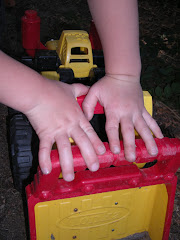 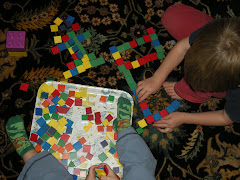